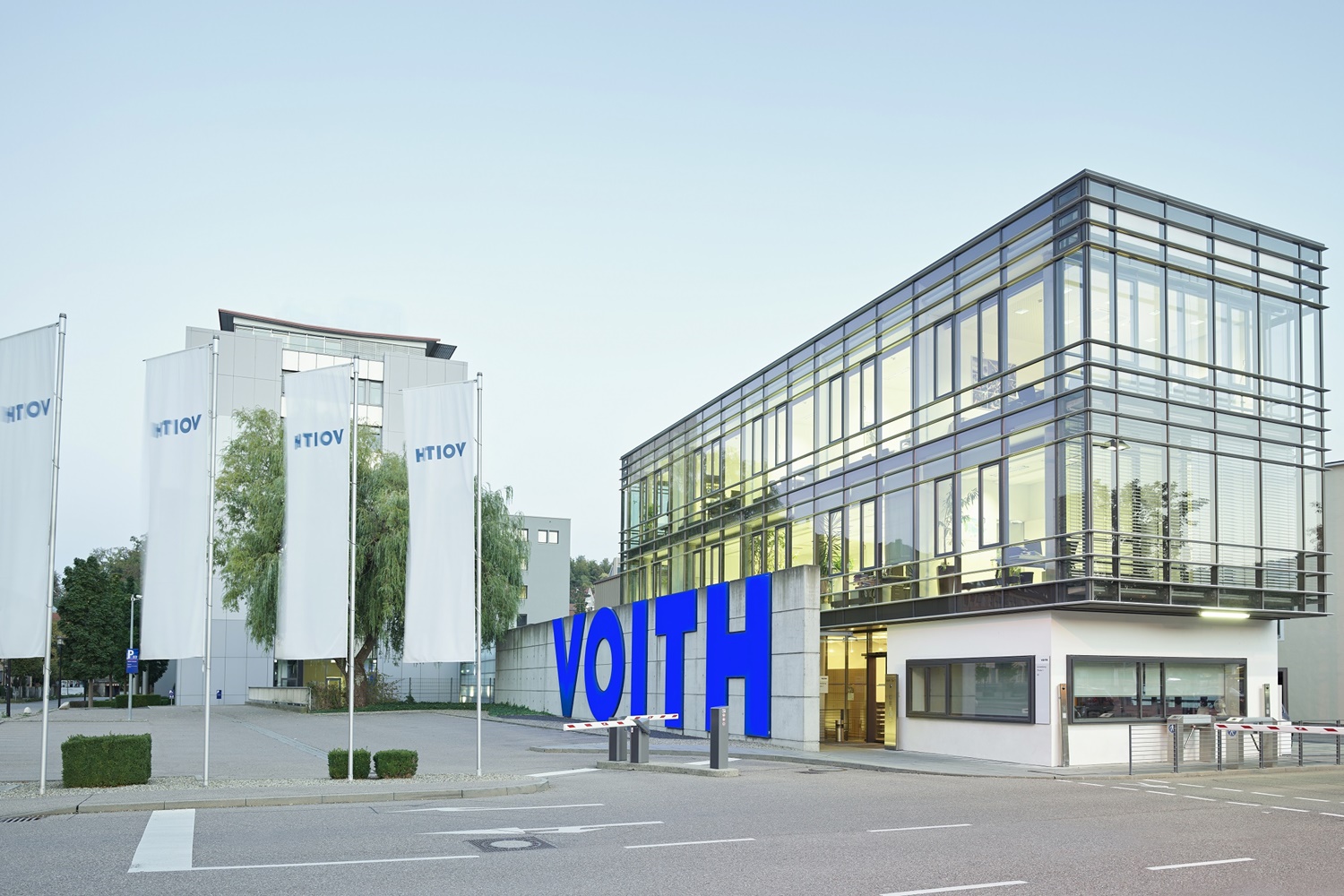 The Voith Group performed satisfactorily in the 2021/22 fiscal year (ending on September 30) and is proving to be in a robust condition with regard to its operations and finances. The Group’s orders received have further increased in comparison to the already high previous-year level. Sales rose perceptibly and both the operating result and the net income grew appreciably. The Company’s broad sectoral and geographical diversification and the solid market position of the three Group Divisions contributed to this development, as did regional supply chains. Voith is furthermore profiting from a sound financial strength that enables the Company to make substantial investments in the development of innovative technologies and in acquisitions to exploit strategic growth areas, even in a difficult economic environment.

President and CEO Dr. Toralf Haag said, explaining the situation in the 2021/22 fiscal year: “Voith saw profitable growth under demanding conditions. With this, we not only demonstrated that our clear strategic focus on sustainable technologies is paying off. We have also proven once again the resilience of our business model. For this reason, we are in a good position, even in an economic environment that is likely to remain difficult over the short term, to continue our sustainable growth path and to emerge stronger from these crisis-ridden times.”

Orders received exceeded expectations at € 5.16 billion, having risen by 3% in comparison to the previous year’s very high level. At € 7.03 billion, orders on hand broke through the € 7 billion threshold for the first time; thus, the level seen at the reporting date was more than 12% higher than one year previously. With a rise of 15% to € 4.88 billion, Group sales likewise exceeded expectations. In particular, this effect came from the high level of orders received in previous years as the Covid restrictions that were phased out in large areas of the world allowed for better processing of backlog. With a rise of 21%, the operating result (EBIT) grew at a faster rate than sales to reach € 200 million – even though the earnings situation in Germany remains unsatisfactory. The return on sales increased slightly to 4.1% (previous year 3.9%), the return on capital employed (ROCE) reached a double-digit figure of 10.5% (previous year: 9.6%). The Voith Group’s net income, which had been only slightly positive at € 1 million in the previous year, rose to € 30 million.

Once again in the past fiscal year, Voith invested substantially in its future business performance. Expenditure on research and development (R&D) increased by 11% to € 213 million. The Group is in a good financial position to keep its future R&D expenditure at a high level. At the reporting date, the equity ratio was once again sound at 24.1%. The cash flow from operating activities was clearly positive once again at € 93 million. Net debt remains at a very low level. Dr. Toralf Haag: “Even after the substantial acquisitions made in the recent past, we still have the necessary financial leeway to invest in growth along our strategic focus areas.”

Voith continued to drive forward its Group strategy aligned with the megatrends of decarbonization and digitalization over the past year. In both the expansion of the core business and in the opening up of new business segments and markets, the specific focus is on sustainable technologies. In this way, Voith is positioning itself as a pioneer for industry in the post-carbon age – being itself net climate neutral at all locations worldwide since the beginning of this year.

One important objective for Voith is to also use its expertise in the areas of hydropower, paper making, mobility, and industrial applications beyond the current product portfolio. In this respect, Voith has identified hydrogen technology, electrical drive systems, cargo rail, and energy storage as growth areas.

In all fields, Voith made progress on the way to the market maturity of innovative solutions over the past year. For example, using contributions from all Group Divisions, Voith is developing, a complete hydrogen tank system that will be easy to integrate into vehicles. This is an area where Voith can apply its experience gained over many years with the processing of carbon. Great importance is also attached to the ongoing development of electrical drives for means of transportation such as buses, trucks and ships, as well as for industrial applications. In order to contribute to the automation of rail freight transport, Voith has developed an automatic freight coupler including digital solutions. In the growth area of energy storage, Voith is currently focusing on the development of a redox flow battery that enables performance peaks of, for example, solar or wind farms to be stabilized.

In addition, further targeted acquisitions contributed to extending the Company’s portfolio of offerings also in the past fiscal year. In this context, Voith has entered the promising off-highway market with the acquisition of the majority of shares in Argo-Hytos. Argo-Hytos develops and produces hydraulic components and system solutions with a focus on agricultural machinery, construction equipment and vehicles.

Voith also signed an agreement in the reporting year to purchase IGW Rail that came into effect as of October 4, 2022, once all official approvals had been granted. IGW Rail is a globally operating, high-tech company that specializes in customized gear unit and coupling solutions for the rail vehicle industry. The acquisition perfectly complements Voith’s existing activities.

One important milestone in its strategy of strengthening the core business in the field of sustainable technologies was the acquisition of the remaining 35% shares in Voith Hydro Holding GmbH & Co. KG from the previous joint venture partner, Siemens Energy, that was completed March 1, 2022. The transaction makes Voith the sole owner of the Group Division Hydro and therefore of this business that is important for the energy transition.

Looking back at 2021/22 in the Group Divisions: Increase in sales and good level of orders received at Hydro, Paper and Turbo

The Group Division Hydro increased its orders received and sales in the 2021/22 fiscal year in a market environment that had recovered slightly after the pandemic. However, the operating result fell short of expectations. EBIT declined as a result of sharp increases in materials and transport costs and the processing of orders posted in weak market phases under high price pressure.

The Group Division Paper was once again the strongest sales and earnings driver for Voith. In light of ongoing strong investment activity in the paper machine market, orders received nearly reached the high level of the previous-year, and orders on hand rose to an all-time high. Sales grew by just under a quarter, and EBIT increased perceptibly despite a massive rise in material prices and transport costs. Voith Paper’s contribution of € 131 million made up two thirds of the Group’s EBIT.

Driven by the recovery in the Industry division, among other factors, the Group Division Turbo saw robust development in the reporting year increasing its orders received and sales. Voith Turbo’s EBIT was appreciably higher than previous year’s level but fell short of expectations in light of the unforeseen steep rise in materials and transport costs, and a changed sales mix.

The outlook for the current 2022/23 fiscal year is subject to great uncertainties. These include but are not limited to: the war in Ukraine and its consequences; extraordinarily high inflation rates worldwide – potentially with further significant price increases for materials, personnel and energy – and the associated restrictive monetary policy on the part of most central banks; the Covid-19 pandemic that has not yet been overcome; and ongoing disruptions to supply chains. The growth prospects for the global economy are continuing to deteriorate. All regions relevant to Voith are affected by at least some of these factors.

However, Voith has proven its resilience over past years. In this context, Voith made a conscious decision to continue investing even in times of crisis: in research and development, business acquisitions, training and in the ongoing strategic and organizational development of the Company. By doing so, Voith has put itself into a good starting position to continue to generate sustainable and profitable growth in the future.

For 2022/23, Voith expects the Group’s orders received to be at a good level but slightly down from the high level of the reporting year. The high level of orders on hand will be reflected gradually in increasing sales over the coming years. In the 2022/23 fiscal year, Voith anticipates a slight increase in Group sales. Despite the implications of inflation, the Company intends to further improve its profitability, with efficiency gains from structural measures taken in previous years becoming increasingly apparent. For 2022/23, a perceptible further increase in EBIT is planned. All three Group Divisions are expected to contribute to this. The ROCE is expected to rise, in line with the development of the operating result. 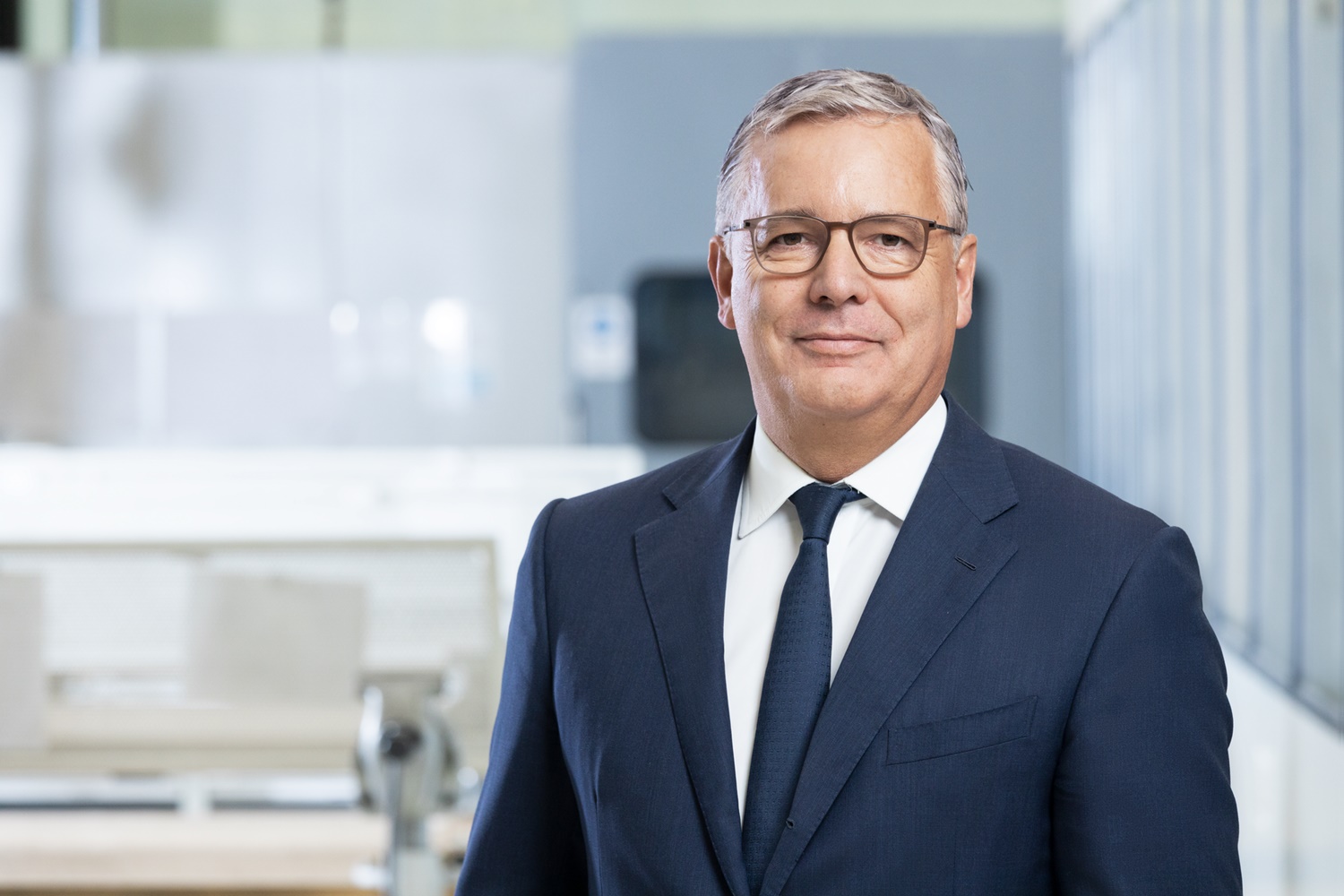