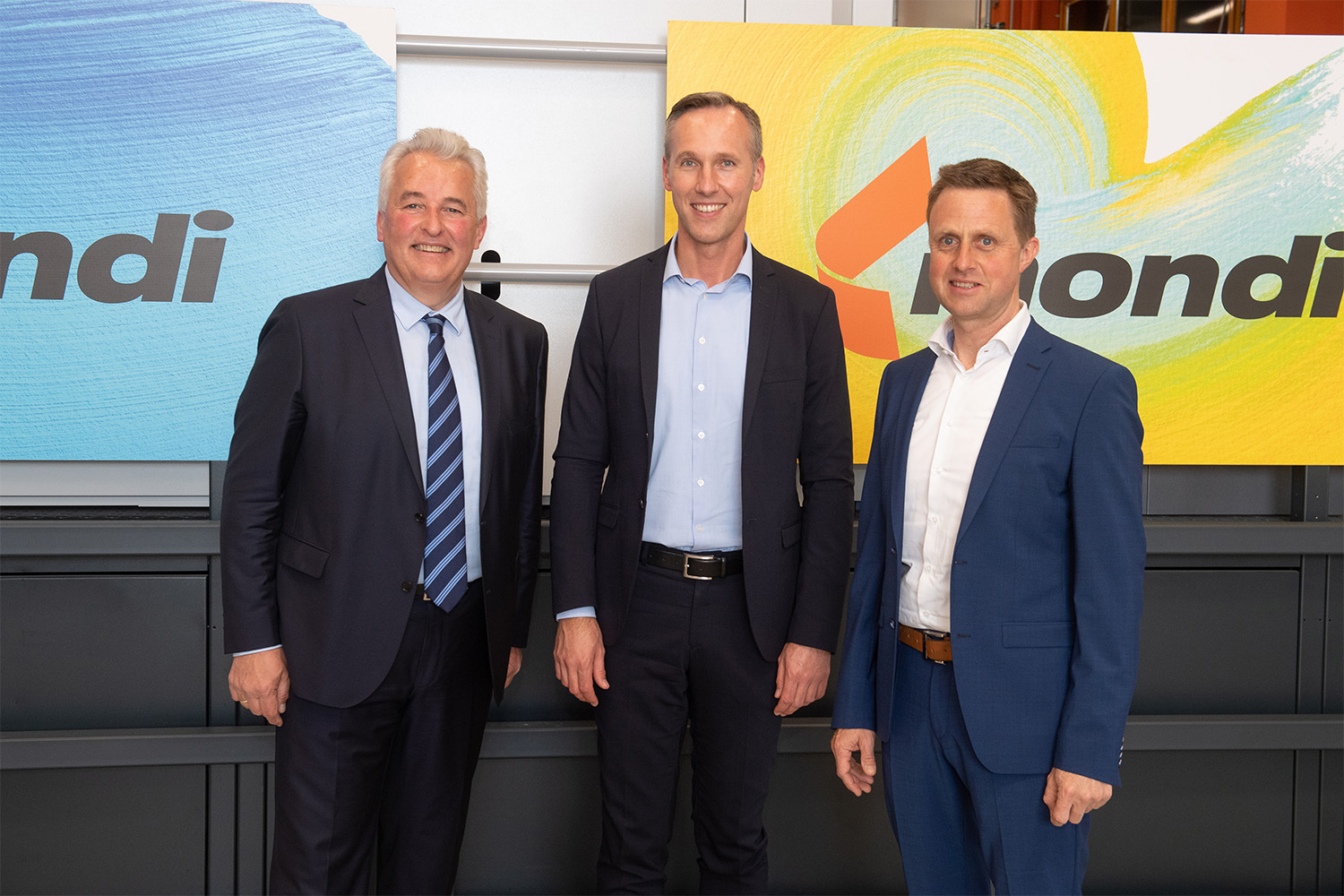 Last year, the Mondi Group announced an investment in new press equipment for its plant in Grünburg near Linz, Austria. Its aim is to further strengthen the company’s standing on the Austrian market as a fully integrated supplier of both flexo and offset corrugated packaging solutions. The new sheetfed offset press, a six-colour Rapida 164 with inline coater (max. sheet format 1,205 x 1,640 mm, production speeds up to 16,000 sheets) represents the latest state of the art.

The official inauguration of the new press was in April. The investment not only covers the Rapida 164 itself, but also the associated internal logistics and infrastructure. The incorporation of QualiTronic ColorControl for inline colour control, alongside many other automation modules, means the press is expected to boost offset production capacities by around 60 per cent.

The corrugated board sheets can now be printed in a larger format than before (approx. 40 per cent greater area). The significantly higher production speed of the Rapida 164 also enables an increase in hourly output of around 35 per cent. Makeready times have also been halved compared to the predecessor press dating from 2007.

Thanks to the new press, Mondi is optimally prepared to cater to even the most complex service and quality demands of its customers. Packaging printed in offset and then finished in a high-quality inline process is, above all, made to order for the food industry and consumer goods manufacturers. A multitude of coating variants, including high and matt-gloss finishes as well as haptic and olfactory effects, aim to influence purchase decisions at the point of sale and communicate the quality of the packaged products to potential customers.

Innovator in the packaging industry

Recycling of the corrugated board packaging remains possible using existing collection systems. Mondi Grünburg has enjoyed a reputation as a driver of innovation in the Austrian packaging industry for many years, and has earned numerous innovation awards along the way. At the beginning of the year, for example, it received two prestigious World Star Awards. Florian Döbl, managing director of the Mondi plant in Grünburg, explains: “We work together with our customers on a daily basis to optimise existing packaging solutions and to develop even more cost-efficient, sophisticated and sustainable products.”