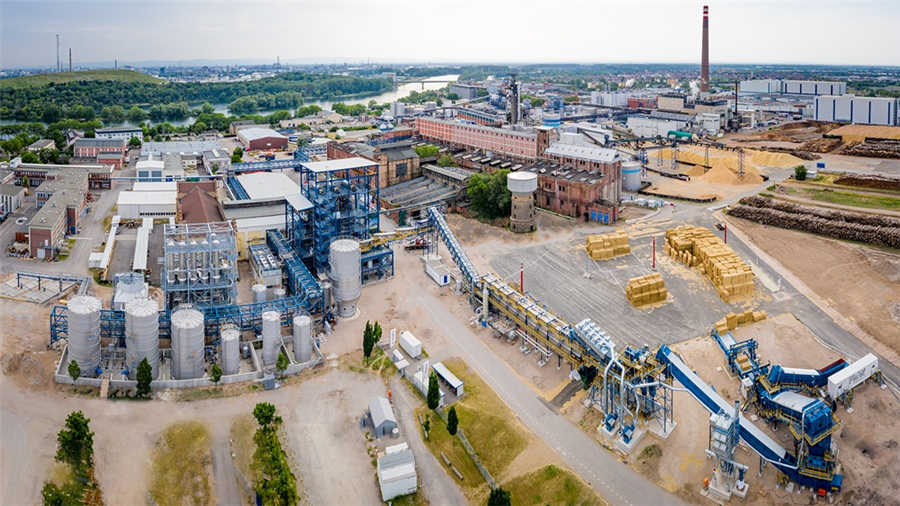 The new system features a capacity of 100 bdmt/d and processes 100% wheat straw to produce bleached straw pulp for the mill’s own tissue production. As raw material for pulp production, the facility mainly uses FSC- and/or PEFC-certified thinning and waste wood from the area surrounding the mill. Essity has now also been using plant-based agricultural residue from local farms for the production of high-quality tissue since the new equipment was started up. The innovative process uses less water and energy and can thus be considered a breakthrough in sustainable tissue manufacturing. The plant in Mannheim is the first of its kind in Europe and the first in the world to operate on a large scale.

Dr. Martin Wiens, Factory and Project Manager for the new installation, says: “This is a big step for Essity – and the paper industry as well. Essity is the first company in the tissue industry to process agricultural residue on an industrial scale.” He adds: “We have developed unique processing technology that does not exist anywhere else in the world. The design is purely based on a small pilot installation and, together with Andritz, we have managed to implement the concept in a little over two years. That is really impressive!”

Andritz supplied most of the main equipment, from technology for cleaning, screening, dewatering and bleach tower discharge to refining. Mechanical installation, commissioning and start-up supervision were also part of the scope of supply.

In the run-up to the project, several trials for dewatering, refining, bleaching and the mixing behavior of wheat straw as well as extensive tissue production trials were conducted in Andritz’s fiber preparation pilot plants and the PrimeLine TIAC – Tissue Innovation and Application Center.

Markus Pichler, Vice President for Mechanical Pulping Systems at the Andritz Paper, Fiber and Recycling Division, congratulates: “I’m impressed by this future-oriented approach and regard Essity as a pioneer in the use of alternative fibers for tissue production. The new facility sets benchmarks for the industry.”