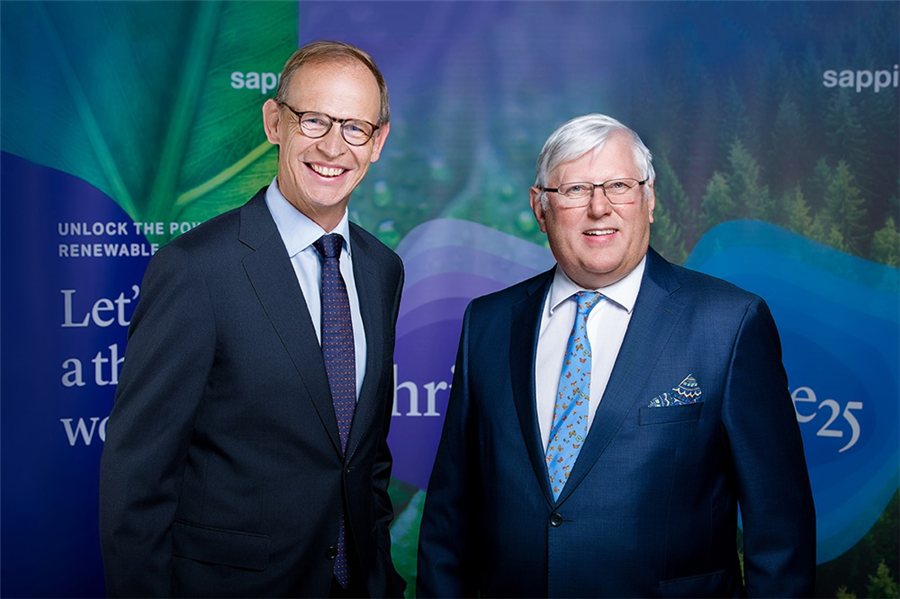 Sappi Limited announced on 3 December that Marco Eikelenboom (53), previously Vice President Marketing & Sales, Graphic Papers at Sappi Europe, had been appointed as CEO of Sappi Europe as from 1 April 2021. Marco Eikelenboom succeeds Berry Wiersum (65), a 40-year veteran of the industry in Europe, who retired at the end of March 2021.

“I look forward to seeing Sappi Europe taken forward by Marco’s drive and vision. Marco is an experienced leader who has been integral to the development and execution of Sappi’s strategy and the investments and decisions we have made in Europe to ensure we maintain our graphic papers leadership while growing our packaging and specialities businesses. I am confident that under Marco’s leadership the business will take full advantage of the exciting opportunities for the pulp and paper industry in Europe and across their export markets.”

“The appointment is testimony to the success of Sappi’s strong succession planning processes and the importance we place on stability and continuity during any such leadership transition.”

Marco Eikelenboom joined KNP in 1992. After KNP Leykam was acquired by Sappi in 1997, Marco was appointed Managing Director of Sappi Benelux in 1998. In 2002 he transferred to Sappi Southern Africa as Marketing Director for the Fine Paper division, returning to Sappi Europe in 2004 as Director Marketing & Sales for Graphic Papers. In 2009 he was promoted to Vice President Marketing & Sales for Graphic Papers. Marco has overseen numerous projects which have helped to successfully restructure and reposition Sappi’s Graphic Papers business in Europe, including a new go-to-market strategy and heightened levels of commercial service resulting in increased customer preference and retention. As a previous member of the European Management  team he has already been fully engaged in the ongoing restructuring and refocusing of Sappi’s European operations.

Marco Eikelenboom, a Dutch citizen, is fluent in Dutch, English, French and German. He holds a MBA from Erasmus University Rotterdam (Netherlands) and has undertaken various executive education programmes at IMD, MIT Sloane/IMD and INSEAD.