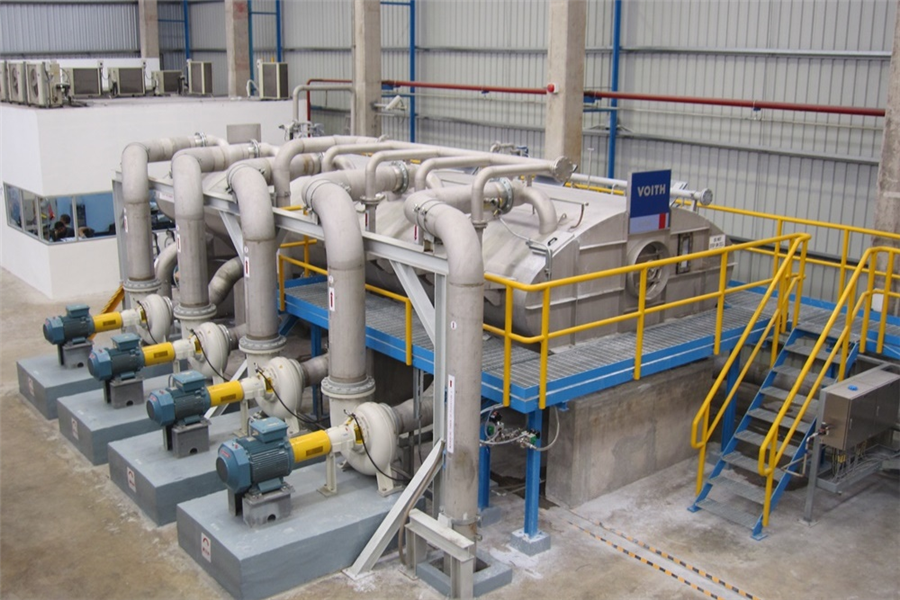 Increasing production capacity by over 90 percent and switching to more economic raw materials while increasing cleanliness of the end products – these were the two goals of the Serbian paper manufacturer Umka d.o.o. when upgrading its cardboard machine BM1. Part of the project was thereby an upgrade of the stock preparation with an InjectaCell Compact flotation unit and InfiltraDiscfilter disc filter from Voith’s BlueLine portfolio. Due to the excellent performance of the new products, the company has laid the groundwork to achieve these goals.

The whole rebuild project was part of Umka’s initiative to expand its production from approximately 105,000 metric tons of cardboard per year to more than 200,000 metric tons. Until that time, Umka has supplied 30 European countries with cardboard in three quality grades. The increased capacity gives the company, founded in 1939, the opportunity to tap into other markets.

On the lookout for cost-effective raw materials

During the rebuild, not only was the capacity on the agenda, but so too was the quality of the raw materials. The demand for the bright white recovered paper used by Umka had increased significantly in recent years. Also, it was becoming more and more difficult to buy raw material, and prices were continuously rising. Plant operators were therefore setting their sights increasingly on more cost-effective raw materials such as newspaper and magazine paper, which were available on the market in sufficient quantities. However, the technology required to process such raw material grades is considerably more advanced compared to conventional approaches. Investing in a new stock preparation system was therefore an important first step toward implementing the corporate strategy. “Previously, we worked with one loop and without a flotation system, but the planned changes were inconceivable with this arrangement. Our long-term goals could only be realized by integrating a flotation unit into a second loop,” explains Dragoslav Neškovic, Project Leader at Umka.

The Voith team’s first task was to extend the existing stock preparation to deal with the new challenges, like reliably removing contaminants such as inks, stickies and glue from the paper suspension. To increase storage capacity of the stock preparation and to separate water loops from paper machine for improved paper machine performance, a disc filter was installed.

As a smart solution to effectively integrate the new machines into the existing building, Umka selected the InjectaCell Compact flotation unit ICC2/44 in combination with InfiltraDiscfilter IDF370. The new compact flotation system from Voith’s BlueLine range is based on InjectaCell (ICC) technology. It saves up to 50 percent energy compared to Voith’s famous EcoCell, which was the standard until 2012.

The essential components of the flotation unit date back to the late 1960s. Profound knowledge in the properties of deinking foam and customer needs led to the development of this unique concept of fiber recovery cells. “The compact flotation technology is quite new. However, the feedback from all customers which operate InjectaCell Compact has always been very positive,” Dr. Antje Voiron from Voith points out. Despite their compact design, the quality of the results is comparable to that of conventional two-stage flotation systems. Thanks to the innovative technology, Umka can produce a fiber suspension with precisely the properties that the company requires for its products.

The wide range of raw materials and the successive increase of the production by more than 40 percent were also special challenges in this project. Thanks to the robustness of InfiltraDiscfilter, it can accommodate broad production ranges and varying freeness of the used furnish. In conventional filters using polypropylene (PP) filter bags, such conditions need extremely close operator attention in order to avoid damage of the PP bags. The BaglessPlus discs take such variations easy. Its design is based on many years of experience with over 700 disc filters with bagless discs. Their unique bagless technology makes the InfiltraDiscfilters robust and reliable – two characteristics that are most wanted in the paper industry.

Both InfiltraDiscfilter and InjectaCell Compact have proven to be highly reliable, simple to operate and virtually maintenance-free. The operating costs, which are lower compared to conventional technologies, were a further argument for Umka to decide to work with Voith stock preparation equipment again after many years.

The board machine currently produces about 130,000 metric tons of paper, and Umka is already taking a positive view: “The performance of the InjectaCell Compact and the InfiltraDiscfilters has fully met our expectations. Our employees also appreciate the easy operation and reliability of Voith products,” says Dragoslav Neškovic, Project Leader at Umka. 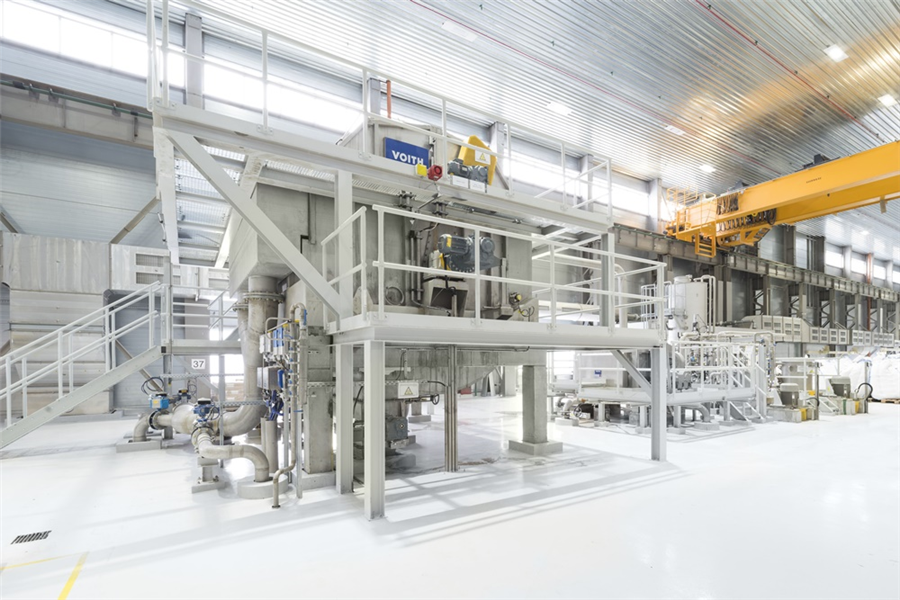