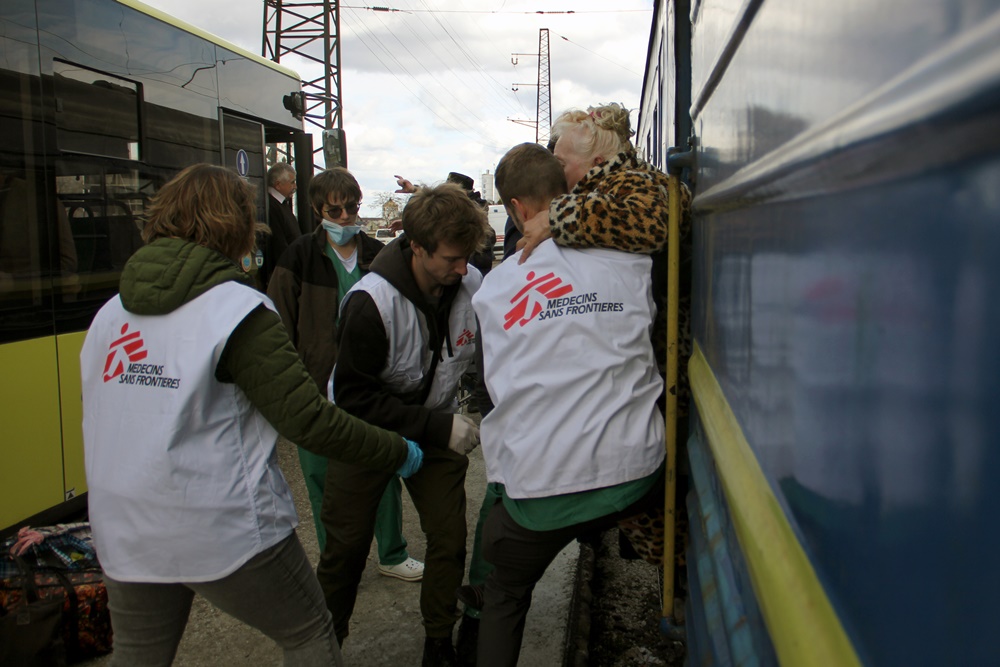 The dramatic humanitarian emergency caused by the war in Ukraine has mobilised so many solidarity projects. Fedrigoni Group has entered the field to provide support to the Ukrainian citizens, both those still in their country under bombardment and those who have managed to escape and are now scattered over the bordering countries or Italy.

To give its contribution, Fedrigoni has chosen to support Médecins Sans Frontières (Doctors Without Borders), with the aim of guaranteeing emergency medical supplies to Ukrainian hospitals and training for the personnel of health structures on managing the huge influxes of wounded. To date, MSF has sent over 200 tons of medical material including surgical and traumatological kits and drugs for chronic illnesses. The humanitarian medical organisation has also fitted out a train as an emergency clinic, that has so far transferred more than 200 patients from conflict zones to major Lviv hospitals far from the front line. Finally, support will be given via MSF to the fleeing population in the bordering countries, with the distribution of sleeping bags, warm clothing, and tents to face the cold weather and mobile clinical activities for basic and mental health.

On the other hand, other interventions for the refugees have seen the mobilisation of some Fedrigoni sites in Poland and Italy: Fedrigoni has a site and cutting centre in Poland, the first target of hundreds of thousands of people who have managed to cross the border, and the employees on site have mobilised to welcome the Ukrainian refugees by collecting funds and assessing, where possible, any possibility of employment; finally, in Italy, and particularly in Verona, Ukrainian families have found hospitality in premises belonging to the company.

“At such a delicate time for the whole world - states Marco Nespolo, CEO of the Fedrigoni Group - we wanted to add our contribution to the mobilisation of so many, hoping to bring some relief to the Ukrainian population, which has been hit hard.”